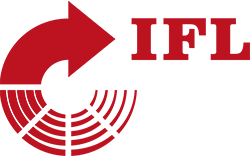 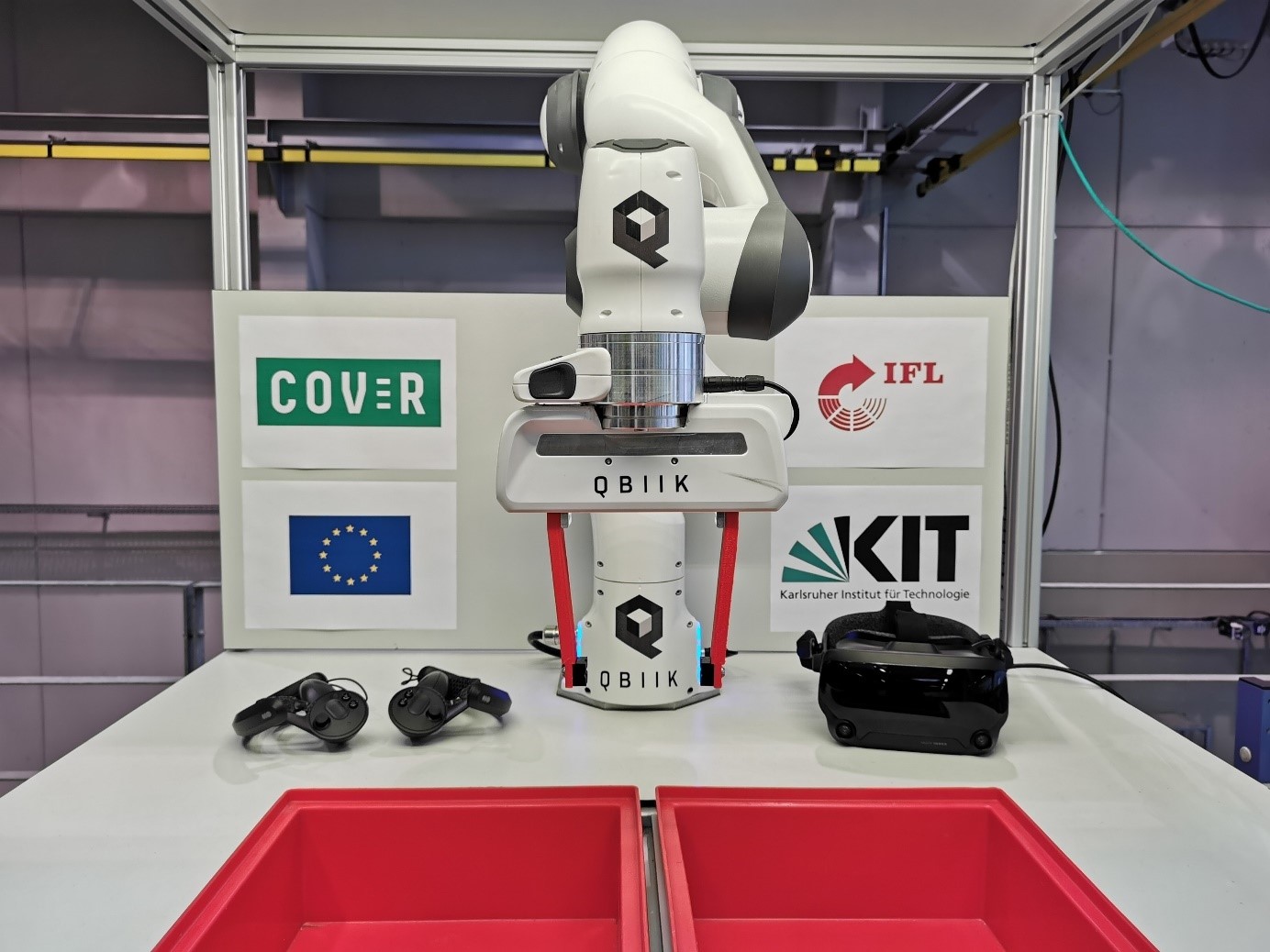 The use of cobots (collaborative robots) should make it possible to have robots work alongside humans. However, there are still few guidelines that consider the safety of cobots. The EU project COVR offers tools for the safe use of cobots at www.safearoundrobots.com. Case studies, risk assessment aids and relevant standards can be found there. In addition, COVR has developed protocols that provide step-by-step guidance for validating the safety of cobot systems.

At IFL we are working on teleoperation of different robots, originated from the research project QBIIK (https://www.ifl.kit.edu/robotik_und_interaktive_systeme_qbiik.php). Here, a robot is supposed to work safely in autonomous operation until the system faces an unknown situation. When this happens, the robot calls a human for help, who takes control of the robot via teleoperation in a virtual reality and solves the problem. The human is provided with all the necessary information by sensors on the robot (e.g., depth and color cameras). Alternatively, new tasks can be learned by the human demonstrating a task to the robot. The robot in turn links what it has learned with sensor data and can then reproduce the tasks.

The biggest difference to a classical manual control of the robot on site is that the human is not on site and all image data and control commands must be sent via the internet. This scenario offers new problematics about the safety of the robot environment. What are the hazards of teleoperation to the environment, especially to humans in the shared workspace? Can the scenario be made safer following existing standards by providing relevant data to the teleoperating human? Is there even an advantage over the classic emergency stop since the human can stop the robot at any time through the hand hold controller?  What influence does latency, i.e., the delay with which data is transmitted via the Internet, have? How can overall safety for humans and the environment be ensured during teleoperation?

As part of the 2020 COVR Award, we at IFL are investigating these issues. We will conduct risk analyses to uncover potential hazards. In doing so, we will investigate whether existing standards and COVR protocols can be applied to our scenario. Since we see latency as the main difference to classical control, we want to determine the critical latency at which safe control by humans is no longer possible. From this latency on, safety precautions on the robot side should be activated to exclude a danger for the environment. Subsequently, we will investigate in a test scenario whether adaptations can contribute to more safety of the system. This project will run for 9 months until the end of September 2021, at which time we aim to have contributed to making cobot teleoperation safe. 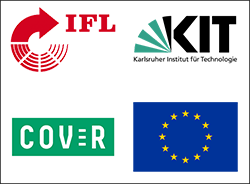 This project has received funding from the European Union’s Horizon 2020 research and innovation programme under grant agreement No 779966.